We are very excited to announce that we are opening a CALIFORNIA OFFICE and that we will by joined by the amazing and talented Bill Lann Lee and Julie Wilensky. 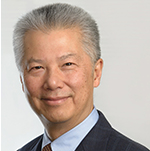 Bill was the Assistant Attorney General for Civil Rights from 1997–2001 and earlier in his career, was an attorney with the NAACP LDF. Most recently, Bill was a shareholder at Lewis, Feinberg, Lee & Jackson, PC in Oakland. Bill has extensive experience in employment discrimination, disability access, and other civil rights class actions, as well as other impact litigation and policy. For the last eleven years, he has been named by Superlawyers magazine as one of the Top 100 Northern California Lawyers and selected to the Northern California Super Lawyers list. He has been recognized for his civil rights achievements with numerous awards. He graduated from Columbia Law School and Yale College. Bill joins us as Senior Counsel. 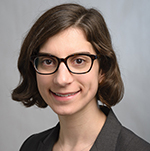 Julie litigates disability access and other civil rights class actions, as well as employment and employee benefits cases on behalf of LGBT individuals. Previously, she was a shareholder at Lewis, Feinberg, Lee & Jackson, PC. She also clerked for Judge John T. Noonan, Jr. of the Ninth Circuit and Judge Nicholas G. Garaufis of the EDNY. She was named by the National LGBT Bar Association as one of the Best LGBT Lawyers under 40, and selected to the Superlawyers Northern California Rising Stars list in 2014 and 2015. Julie was also listed in San Francisco magazine’s Top Women Attorneys in Northern California. She graduated from Yale Law School and summa cum laude from Yale College. Julie joins us as Director of the California office.

CREEC’s Co-Executive Directors Tim Fox and Amy Robertson and Staff Attorneys Sarah Morris and Lauren Fontana are thrilled with the new additions to the team and look forward to working with them on civil rights education and enforcement projects large and small.