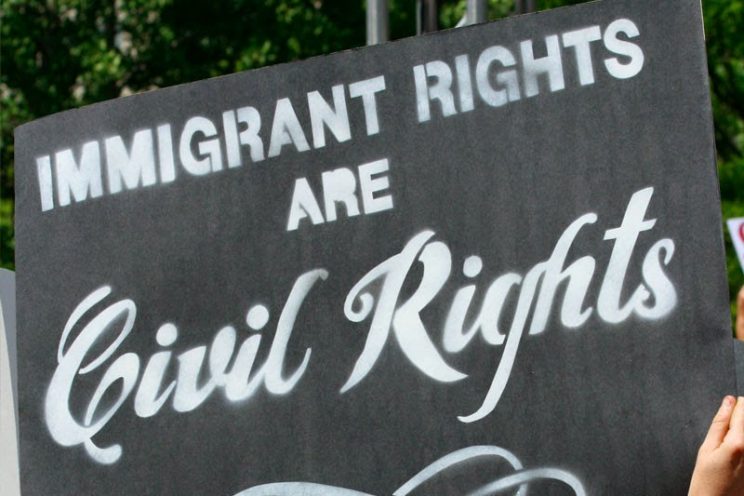 WASHINGTON — A diverse coalition of 326 immigration, civil rights, labor, and social service groups has filed an amicus (friend-of-the-court) brief with the U.S. Supreme Court in United States v. Texas, urging the Court to lift the injunction that blocked the executive actions on immigration that President Obama announced in November 2014.

The Obama administration’s expansion of the Deferred Action for Childhood Arrivals (DACA) program as well as a new Deferred Action for Parents of Americans and Lawful Permanent Residents (DAPA) initiative were stopped by a federal district court in Texas, and that court’s order subsequently was upheld by the U.S. Court of Appeals for the Fifth Circuit. The lawsuit against the president’s executive actions was brought by 26 states. Late last year the federal government appealed the case to the Supreme Court.

“If the injunction is lifted, many families will be more secure, without the looming threat that loved ones will be deported at a moment’s notice,” the brief filed by the civil rights groups argues. “Many deserving individuals will also have access to better jobs and the ability to improve their lives, the lives of their families, and their communities. DHS has discretion to grant or deny applications for the initiatives at issue, and the concocted argument to the contrary should not be used to prevent individuals from even applying.”

CREEC is proud to stand with the National Immigration Law Center, the American Immigration Council, the Service Employees International Union, the Advancement Project, LatinoJustice PRLDEF, the Leadership Conference on Civil and Human Rights, and 319 other immigrants’ rights, civil rights, labor and service-provider organizations.

In the brief, the groups outline how families and communities would benefit from the initiatives. The brief provides examples of parents and individuals who would be able to contribute more fully to their communities if the immigration initiatives were allowed to take effect.

The full brief is available here.