Last Wednesday, Judge William Martínez granted final approval to the class action settlement in Decoteau v. Raemisch following a half-day hearing at which two named plaintiffs and several objectors spoke.  (The Judge also indicated that a written opinion would be forthcoming.)  This settlement, the culmination of two cases litigated over six years, ensures that inmates in solitary conditions at the Colorado State Penitentiary (CSP) will receive outdoor exercise for the first time since the facility was built in the early 1990s.   The case was settled late last year, and the settlement approved at last Wednesday’s hearing.

Additional background is below; you can view some of the pleadings on the Anderson and Decoteau case page. We got some good coverage in The Colorado Independent today, too!

CSP is a supermax prison that was built in the early 1990s as an “urban” style prison, that is, the outer wall of the building is intended to constitute the outer security perimeter.  As a result, CSP has no outdoor yards for inmates to exercise.  Instead, for over twenty years, the Ad Seg inmates who were housed at CSP were only permitted to exercise in a cell similar to their living cell, with a narrow slit of a window covered by a metal grate that opened to the outdoors. 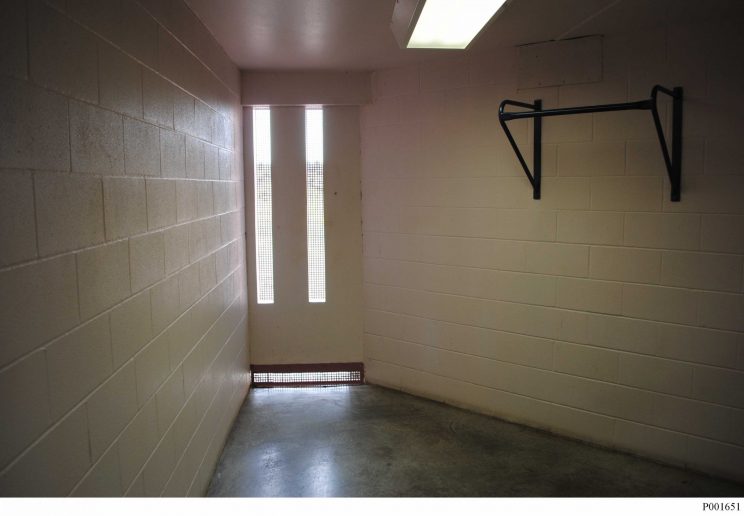 In 2010, student attorneys from the University of Denver Civil Rights Clinic, their wonderful supervising professors, and co-counsel at CREEC filed suit on behalf of Troy Anderson, an inmate who had been in Ad Seg for 10 years (at that time), alleging, among other things, that this lack of outdoor exercise violated the Eighth Amendment.  That case was tried to the bench (Judge R. Brooke Jackson) over approximately a week in May and June 2012, and resulted in a holding that the CDOC violated Mr. Anderson’s Eighth Amendment rights by holding him in solitary confinement for (then) 12 years with no outdoor exercise.  Anderson v. Colorado Dep’t of Corr., 887 F. Supp. 2d 1133, 1142 (D. Colo. 2012).

Rather than provide outdoor exercise at CSP, CDOC moved Mr. Anderson to a different facility that still did not provide adequate outdoor exercise.  Students and co-counsel continued to litigate, post-judgment, on Mr. Anderson’s behalf, securing a holding that the second facility did not comply with the Court’s August 2012 order and resulting in Mr. Anderson finally being permitted to exercise outdoors for the first time in over 12 years.

Even following these two orders, CDOC took the position that the Anderson decision applied only to Mr. Anderson, and refused to provide outdoor exercise to other inmates in Ad Seg at CSP.  As a result, the Clinic and CREEC decided to investigate the possibility of a class action to secure the right to outdoor exercise for all inmates in Ad Seg at CSP.  Students from the Clinic investigated and interviewed scores of inmates concerning their experiences with outdoor exercise and in December 2013, the Clinic and CREEC filed the Decoteau case, and immediately moved to certify a class.  The class was certified in July 2014, over the CDOC’s objections primarily that the entire class would have had to have exhausted their administrative remedies under the Prison Litigation Reform Act.  Decoteau v. Raemisch, 304 F.R.D. 683 (D. Colo. 2014).

Plaintiffs and CDOC both moved for summary judgment, the latter primarily on the grounds that it was acceptable to deprive inmates of outdoor exercise for periods of up to a year.    Although both motions were denied, the resulting order included significant holdings in Plaintiffs’ favor, including that there was no per se lower bound on the length of deprivation of outdoor exercise required to constitute a violation of the Eighth Amendment.  Decoteau v. Raemisch, 2015 WL 3407232 (D. Colo. May 27, 2015).

In the summer of 2014,  CDOC requested funds to construct  outdoor exercise yards at CSP for inmates in MCU and CCTU, but not for Max inmates.  The funding request specifically noted that,

The project’s conception was initially in response to a Final Order and Judgment in the Civil Action between Plaintiff Troy Anderson and the State of Colorado, Department of Corrections, regarding conditions of confinement in the Administrative Segregation.  . . . This Final Order and Judgment and its rulings apply only to the legal proceedings in the case between Troy Anderson and the State of Colorado – Department of Corrections. However, the CDOC anticipates the potential for future legal proceedings on similar grounds, especially with regard to reasonable access to the out-of-doors and outdoor exercise opportunities for offenders housed at CSP. In fact, a class-action lawsuit involving all current offenders housed at CSP and allowed access only to the current individual exercise rooms has been initiated. The project defined in this Facility Program Plan is in part intended to satisfy the directives issued in the Anderson case as well as to negate future litigation.

The request was approved by the Colorado General Assembly in the spring of 2015, but because it failed to provide for outdoor exercise for Max inmates, and because ultimate compliance with the Eighth Amendment depended not only on the physical infrastructure, but also on CDOC policies that had been repeatedly amended before and after the filing of the Anderson case, the Decoteau team continued to press forward.

With trial scheduled to begin on November 9, 2015, CDOC requested mediation. In the course of a day with mediator (and former Magistrate Judge) Boyd Boland of Denver’s Judicial Arbiter Group, the parties were able to reach an agreement that included CDOC’s commitment to construct the outdoor exercise yards at CSP, to ensure that inmates in MCU and CCTU were permitted to exercise in those yards, and to ensure that inmates in Max were moved to a different facility where they would also have access to regular outdoor exercise.

Here are the new outdoor exercise yards — drawn in red ink in the sketch below — that should be complete by the end of this year. 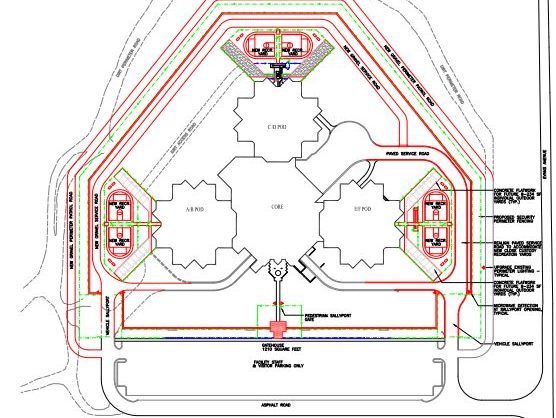