Making It All Real: Externship Experience at CREEC

“Having the chance to extern at CREEC put the sensationalized world of docudrama crime and the legal system in a new light for me,” says Sophia Peterson Swarthmore College ‘23, “It made it all real, made the people real. And it also made me better understand the systemic nature of the problems as well as the many ways different people are fighting hard to address the problems.” 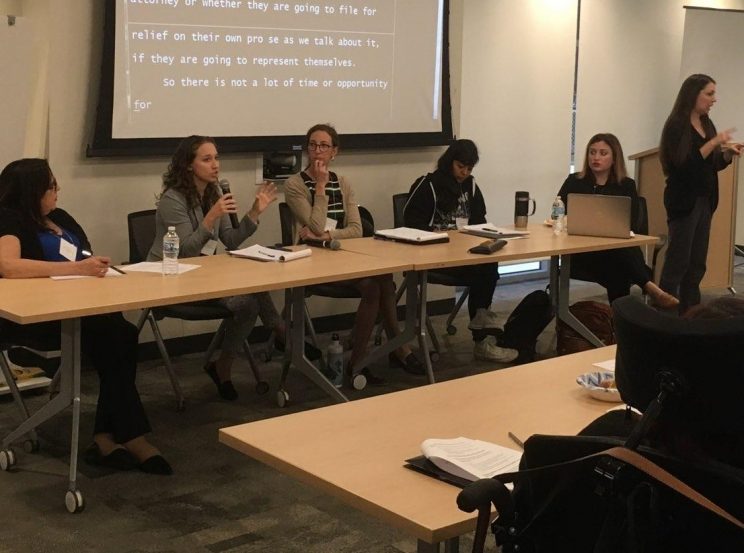 For one week this January, CREEC had the honor of hosting two students from Swarthmore who were participating in the college’s Extern Program. This relatively short January externship experience has a job-shadowing focus. “CREEC has participated in this program since 2017,” says Co-executive Director Amy Robertson and Swarthmore alumna ’83, “and one of the best things about it is the multi-faceted exposure students get to various careers.” CREEC was fortunate to host Marième Diop, Swarthmore ’18, during an extended externship in 2017, and even more fortunate when she returned as a paralegal after graduation.

Here at CREEC we try to offer as many different opportunities as possible to our externs, providing both breadth and depth to the experience. This year externs Sophia Peterson ‘23 and Shaurya Bhaskar ’22 participated in myriad facets of the civil rights legal and advocacy world including, attending an Emotional Support Animal Stakeholder Meeting relating to pending legislation at which Amy Robertson contributed information about ADA considerations;  a day at Denver’s Federal Courthouse where they spoke with Magistrate Judge Neureiter and saw several court proceedings including charging, sentencing and some 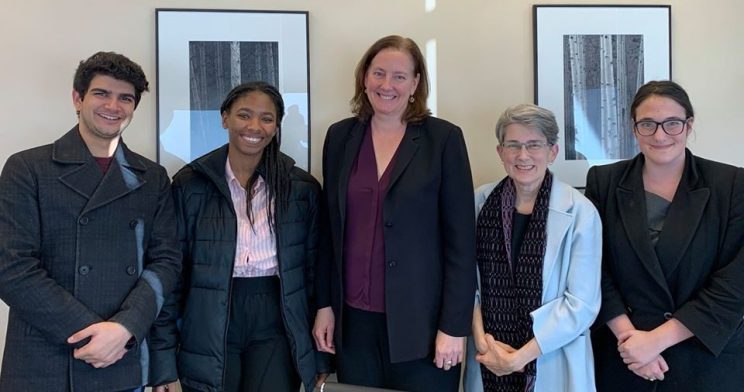 civil cases; saw Boulder civil rights and criminal defense attorney Gail Johnson in action questioning witnesses at a post-trial conviction hearing and then met with Gail and her associates to discuss the hearing and their careers; got some hands-on experience with IDAP Director Liz Jordan, reviewing recently received FOIA documents for information that may be helpful in an ongoing case; and learned from Liz and Co-executive Director Tim Fox about the details of the Fraihat v ICE case including discussing the original filing, ICE’s motion to dismiss, and CREEC and co-counsel’s upcoming response to that motion. They also spent time with CREEC’s Director of Development and Communications, Julie Yates, learning about fundraising and nonprofit management. It was truly a busy week!

Shaurya Bhaskar ’22 says of his time at CREEC,“It opened my eyes to worlds I had before known very little about and has forever changed the way I view my surroundings. One small example, I never before paid attention to accessibility features of a sidewalk. Now I see almost nothing else when I walk the city streets. I feel grateful for my experience at CREEC and for the new way of seeing and thinking it has offered to me. I hope to utilize these experiences wherever I find myself in the future.”

Categorized in: Education and outreach Tagged as: CREEC office updates
Skip back to main navigation