Welcome to the Board of Directors, Steve Dane! 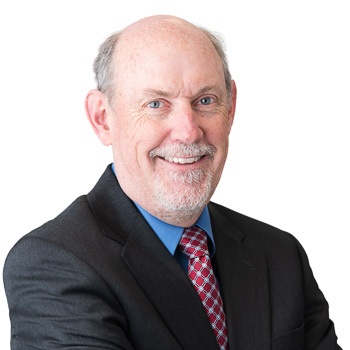 We are honored to welcome Stephen M. Dane as the newest member of CREEC’s Board of Directors. Steve is a civil rights leader in the fair housing, mortgage lending, and insurance discrimination world.

Steve has litigated a number of significant lending and insurance discrimination cases. He was lead counsel for the plaintiffs in the class action litigation Toledo Fair Housing Center v. Nationwide Mutual Insurance Co. ($5.35 million settlement) and was co-counsel for the plaintiffs in HOME of Richmond v. Nationwide Mutual Insurance Co. ($100.5 million jury verdict). Steve has testified before both houses of Congress on mortgage lending discrimination issues, and is the author of many articles in the field, including Eliminating the Labyrinth: A Proposal to Simplify Federal Mortgage Lending Discrimination Laws, 26 U. Mich. J. L. Ref. 527 (1993); Disparate Impact Analysis in the Mortgage Lending Context, 115 Banking L.J. 900(1998); Application of the Federal Fair Housing Act to Homeowners Insurance, Chapter Two of Insurance Redlining (G. Squires, ed., 1997); The Exposure of Securitization Trustees to Liability Under the Federal Fair Housing Act for Poorly Maintained Real Estate Owned Properties, Banking L. J. (Feb. 2014), at 153-164.

Steve is currently the owner of Dane Law, LLC, a firm dedicated to representing fair housing agencies, non-profits, legal aid organizations, and their clients. He is an honors graduate of The University of Notre Dame (B.S., Mathematics, 1978), and received his law degree from The University of Toledo College of Law (J.D., magna cum laude, 1981). He is a former law clerk to the Honorable Pierce Lively of the U.S. Court of Appeals for the Sixth Circuit. In 1998 Mr. Dane was selected as one of eight Lawyers of the Year by Ohio Lawyers Weekly, and is listed in The Best Lawyers in America in the field of Civil Rights.

Steve is also editor of the Civil Rights Insider, the quarterly eNewsletter of the Federal Bar Association’s Civil Rights Law Section. In 2000, he received the Public Interest Award from a consortium of legal services organizations, including Advocates for Basic Equality and the Equal Justice Foundation. For 17 years Steve has served as Acting Judge of the Perrysburg, Ohio Municipal Court, and is a former Chairman of the Human Rights Commission of the Diocese of Toledo. Steve also served as President of the Toledo Bar Association in 2010-2011.

In addition to his distinguished legal career and civil rights expertise, Steve brings longtime experience with nonprofit board service to CREEC’s Board of Directors.