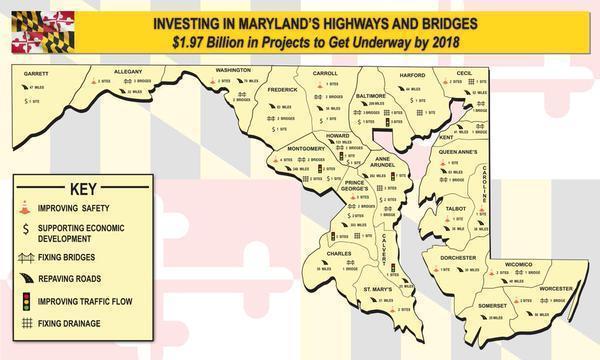 Today, CREEC; the NAACP Legal Defense and Educational Fund; Covington & Burling LLP; and the ACLU of Maryland filed a complaint with the United States Department of Transportation on behalf of the Baltimore City Chapter of the NAACP, Baltimore Regional Initiative Developing Genuine Equality, Inc. (“BRIDGE”), and African-American residents of the City of Baltimore, challenging the state’s decision this summer to cancel plans for the “Red Line” rail system for Baltimore City. The complaint alleges that the decision to cancel the Red Line and divert transportation funds to highway and other projects outside the city has a disparate impact on African-American residents in Baltimore. According to the complaint filed today, this action violates Title VI of the Civil Rights Act of 1964, which prohibits state agencies that engage in discrimination from receiving federal funds.

“This is a critical civil rights issue. Everyone who knows this city knows that the lack of rapid transit restricts access to jobs and housing for low and middle income African-American residents living along the city’s east-west corridor,” said Sherrilyn Ifill, President & Director-Counsel of the NAACP Legal Defense and Educational Fund, Inc. (LDF). The Governor’s unilateral decision to cancel the Red Line this summer came while many residents were still reeling from unrest after the death of Freddie Gray. “It frankly shocked the entire city,” said Ifill, who has spoken frequently about the civil rights implications of the decision to abandon the plan for the Red Line in Baltimore.

The rapid transit system would have connected the predominantly African-American communities on the east and west sides of Baltimore and provided access to jobs and opportunities. It was anticipated that the construction of the line alone would have created 10,000 jobs. The plan for the much-anticipated Red Line was developed over 15 years, but was abruptly cancelled in June by Governor Larry Hogan at a surprise announcement in Annapolis. At the same time, the Governor announced plans for the construction of highway and bridge projects in rural and suburban parts of the state.

According to the complaint filed today, the federal and Maryland state governments had already invested nearly $300 million in the development of the Red Line project. When the rail line was cancelled, Maryland forfeited an additional $900 million in funds promised from the federal government for the public transit project. Compounding matters, the state announced on the same day that it was transferring funding for the line’s construction to a series of road projects, none of which are in Baltimore.

The planned rail line would have connected locations of economic opportunity with residential neighborhoods, creating nearly 10,000 construction jobs, and serving an estimated 57,000 commuters per day. Baltimore City’s current rate of unemployment is 7.6% and the state’s is 5.2%.

“Shifting resources from public transit in Baltimore to highways and bridges outside of the city has a discriminatory impact on African-American residents.” said Ifill, “Baltimore residents rely on public transportation to travel to work and school. The Governor has not offered an appropriate alternative to ease public transit woes in Baltimore.”

Expert analysis, research and community interviews, and the state’s own analysis point to the disparate impact of the decision on African-American residents of Baltimore City. In 2010, approximately 25 percent of African Americans in Baltimore relied on public transportation to travel to work, compared to only eight percent of whites. Census data show that of the 620,961 Baltimore City residents, 63.7% are African American. The complaint challenging the Red Line cancellation sets out a devastating history of transportation decisions that have disfavored African-American residents of Baltimore City.

“Baltimore City is in dire need of infrastructure investment,” said Ajmel Quereshi, an Assistant Counsel at LDF and lead counsel for the Complainants. “Transportation infrastructure is critical to increasing economic opportunity for African-American residents of Baltimore.”

African-American bus riders, drivers and residents would have benefitted from the Red Line’s construction. “I live and work in Baltimore, and I love my city,” said individual complainant Earl Andrews. “The Red Line would have cut my commuting time for work and also for school. Everyone in our community was counting on the new service. The cancellation of the project is an affront to our great city. That is why I am taking a stand,” said Andrews.

The complaint asks the Department of Transportation to investigate whether the state’s decision to cancel the Red Line violates federal law.