CREEC was founded in 2013 by Tim Fox and Amy Robertson following 17 years of practice as plaintiffs’ civil rights lawyers at the law firm of Fox & Robertson.  At F&R, Tim and Amy litigated class and individual civil rights cases with a focus on disability rights.  Representative cases include the largest settlement of a disability rights public accommodations case, as well as other cases under the Americans with Disabilities Act against national fast-food chains, city governments, theaters and arenas, and retail stores based on their inaccessible premises and/or policies of segregation, employment discrimination cases based on age, race, and disability, and fair housing cases against landlords and developers for inaccessible premises or discriminatory policies. Tim and Amy founded CREEC to continue to bring impact litigation, expand beyond disability rights, and conduct more extensive outreach, education, and proactive investigation, including testing!  In the fall of 2015, CREEC opened a California office in Berkeley and welcomed Bill Lann Lee to the team.  Bill was the Assistant Attorney General for Civil Rights during the Clinton administration and earlier had spent years at the forefront of impact civil rights litigation with the NAACP Legal Defense Fund.

Amy Robertson and Tim Fox are Co-Executive Directors of CREEC.  After meeting as associates at what was then  Wilmer, Cutler & Pickering  — and, in flagrant violation of Wilmer’s nonexistent anti-fraternization policies, marrying — Tim and Amy moved to Denver in 1995 and spent a year with two of Denver’s finest commercial firms.  They started Fox & Robertson in 1996, determined to devote their careers to civil rights and to wear suits to work as rarely as possible.  At F&R, they successfully litigated class action discrimination cases against major companies such as Kmart, Burger King, Taco Bell, Abercrombie & Fitch, and E*Trade Access.  They founded CREEC in 2013. They are based in Denver and litigate cases nationwide.

Amy and Tim were both selected by 5280 Magazine for inclusion in the Top Lawyers list from 2015 through 2020.  In 2013, Tim was elected to the Board of Directors of the ACLU – National, and in 2020, was elected to the Executive Committee of the National Board.  They jointly received the 2012 Award of Excellence from the Colorado Chapter of the American College of Trial Lawyers.   In 2008, Tim received The Colorado Bar Association Award of Merit.   In addition, F&R was recognized with the 2007 Impact Fund Award, and the Colorado Trial Lawyers Association Case of the Year award in 2006.  When they were in private practice, Tim and Amy were named “Super Lawyers” on multiple years. (You should see them in their tights and capes!)  Amy was named one of the ten most powerful lawyers in Denver in 2006 by the Denver Business Journal.  Tim and Amy have also been honored as Fellows of the Colorado Bar Foundation, a designation bestowed upon no more than five percent of the lawyers in Colorado for “outstanding dedication to the welfare of the community, the traditions of the profession and the maintenance and advancement of the objectives of the Colorado Bar Association.”

Amy received her law degree from Yale Law School in 1988 and her B.A. from Swarthmore College in 1983.   She lived in Taiwan between college and law school and still speaks conversational Mandarin Chinese.   Following law school, Amy clerked for the Hon. Richard L. Williams of the United States District Court for the Eastern District of Virginia.  Amy is admitted to practice in Colorado, the District of Columbia (inactive), and Minnesota (inactive).

ed his law degree from Stanford Law School in 1991, where he was a member of the Stanford Law Review and president of his graduating class.  He received his B.A. from the University of Denver in 1988.   In 1986, Tim was injured playing rugby and has used a wheelchair for mobility since then.  Tim is admitted to practice in Colorado, California, and the District of Columbia (inactive).

Bill Lann Lee is Senior Counsel at CREEC and is based in CREEC’s California office. Bill focuses on representing groups of individuals in employment discrimination, disability access and other civil rights cases.  He has brought disability access cases against Netflix to obtain closed captioning on behalf of the National Association of the Deaf, and against Burger King and Walmart on behalf of individuals who use wheelchairs for mobility.  Among employment discrimination cases, he has prosecuted cases against Wet Seal, Costco, Best Buy, Abercrombie & Fitch, and McCormick & Schmick’s.  From December 1997 to January 2001, Bill served as Assistant Attorney General for the Civil Rights Division in the United States Department of Justice in the Clinton Administration, as the nation’s top civil rights prosecutor.  He managed the Department’s enforcement of federal civil rights statutes, including pattern or practice enforcement in employment discrimination and disability rights cases, and coordinated overall federal enforcement of the nation’s civil rights laws.  Before joining CREEC, Bill was a shareholder at Lewis, Feinberg, Lee & Jackson, P.C. in Oakland, CA, and previously a partner at Lieff, Cabraser, Heimann & Bernstein, LLP.  Earlier in his career, he spent 18 years as an attorney with the NAACP Legal Defense and Educational Fund, the law firm founded by Justice Thurgood Marshall, in New York City and Los Angeles.  He headed the Legal Defense Fund’s western regional office in Los Angeles.  He also prosecuted employment discrimination class actions for the Center for Law in the Public Interest in Los Angeles.  Bill is admitted to practice in California and New York (inactive).

Martie Lafferty is the Director of Accessibility Projects at CREEC and is based in CREEC’s Tennessee office. Martie focuses on representing people with disabilities in a variety of access cases. She has litigated access cases against the State of Tennessee to eliminate barriers preventing access to the state’s court program and against a medical provider who refused to provide a diagnostic MRI to a wheelchair user. She has also represented numerous deaf and hard of hearing people who were refused effective communication in settings including housing, doctor’s offices, hospitals, courts, jails, and legislatures. Prior to joining CREEC, Martie was a Litigation Associate at Stein & Vargas, LLP and previously Legal Director at Disability Rights Tennessee. Her extracurricular activities include picking her banjo, playing with her dogs, and attending concerts. Martie is admitted to practice in Tennessee.

Jordan is the Director of the Immigration Detention Accountability Project (IDAP) at CREEC. Liz graduated summa cum laude from NYU School of Law in 2013. After law school, she worked first as a Fellow with the Capital Appeals Project in Louisiana, where she represented capital defendants on appeal. She then represented immigrant children facing deportation in New York with The Door’s Legal Services Center. Liz has been skiing in Colorado since the age of four and is excited to be able to get more turns in while also working directly on issues of civil rights and discrimination with CREEC. Prior to law school, Liz spent a year as a Fulbright Scholar in Spain studying human rights issues and developing a deep love of Spanish cheeses. She received her B.A. from Yale College in 2006. Liz is admitted to practice in Louisiana and New York. 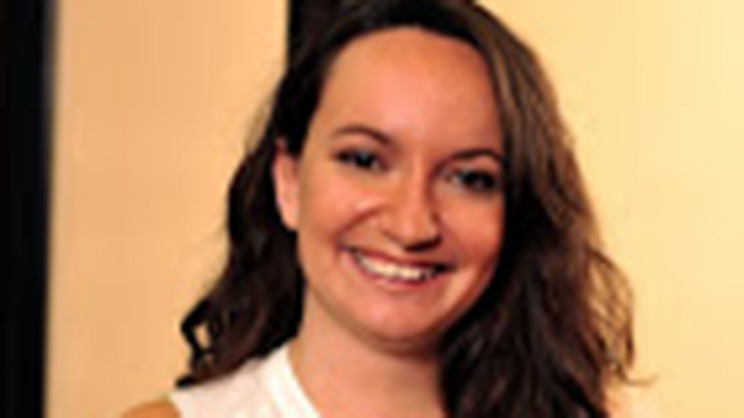 Pilar Gonzalez Morales is a Senior Staff Attorney at CREEC and is based in our Los Angeles office. Pilar focuses on civil rights issues at the intersection of disability and immigration rights. Prior to joining CREEC, Pilar worked at Disability Rights California where she represented children and adults with Intellectual and Developmental Disabilities as well as people with disabilities held in immigration detention. Pilar strongly advocates for the use of an intersectional framework within the disability rights movement to ensure that people of color, LGBTQI, immigrants and other often underserved communities benefit from and lead the fight for the civil rights of all people with disabilities. She also worked for four years at Arias and Munoz (currently Dentons Munoz) in Costa Rica where she enjoyed many outdoor activities and was part of the Litigation and Mediation team. Pilar has a B.A. from the University of California at Berkeley and a J.D. from Duke University. Outside of work Pilar spends a great deal of time hanging out with her three nephews, watching futbol and reading.

Julie Yates is CREEC’s Director of Development. An experienced fundraising professional and educator with a passion for making the world a better place, Julie has more than two decades of demonstrated success in philanthropy, relationship building, strategic thinking, and problem solving in the non-profit world. Julie graduated magna cum laude from Smith College, with a BA in Biology and later earned her MS in Science Education from The University of Michigan, Ann Arbor. Julie says about her position at CREEC, “I love sharing stories about the incredible work CREEC does to challenge discrimination. I am proud to be helping raise necessary funds so my colleagues at CREEC can continue their vital work. Our world needs more organizations like CREEC with the will, heart, and intellectual power to lead much needed social change.” Outside of work, Julie enjoys time with her husband and their two adult children. She loves the outdoors, spending as much time as possible hiking, biking, camping or wandering aimlessly in the woods, fields and streams. Julie also enjoys curling up with a good book, a cup of tea, and her two cats. We at CREEC assume she will soon be adding a dog to her family.

Ana Diaz is CREEC’s Office Manager/Lead Paralegal and is based in our Colorado office. She graduated summa cum laude with a B.S. from the School for Conflict Analysis and Resolution at George Mason University, where she also served as a Peacebuilding Fellow. While studying at George Mason, Ana became passionate about building a world that accommodates everyone while expanding ideas of what it means to be a valid human being. She sees civil rights law as a way to build a world free of discrimination. In her spare time, Ana can be found wandering through bookstores, baking cakes, or hiking.

Marième Diop is a paralegal in our Colorado office. Marième graduated from Swarthmore College with a B.A in Psychology and Spanish. After externing at CREEC in 2017, she decided to pursue a career in law. At Swarthmore, she became interested in issues of racial justice and immigration, interning with the Nationalities Service Center in Philadelphia. She is thrilled to work at CREEC again not only because they have an excellent dog to person ratio in the office, but also because she is excited to work on issues she is passionate about. When not in the office, Marième can be found playing the ukulele, traveling, or hiking.

Yashna Eswaran is a paralegal in our Colorado office. Yashna graduated from the University of Texas at Austin,

with a B.A. in International Relations and Global Studies with Special Honors and Health and Society. Her degrees focused on the socio-demographic, cultural, political, and ethical contexts that underlie societal inequities. Yashna has previously worked at the Colorado Department of Public Health and Environment working on youth and health equity initiatives. Additionally, Yashna has worked at the Texas Institute for Excellence in Mental Health, focusing on empowering young people who have been impacted by systems such as foster care, juvenile justice, and mental health. Most recently, Yashna was a Legal Assistant for an Attorney Ad-Litem, working with Child Protective Services cases. Yashna’s academic and professional careers have motivated her to combat the systems that perpetuate injustices and inequities. In her free time, Yashna can be found traveling, eating, and watching Law and Order SVU.